Deprecated: mysql_connect(): The mysql extension is deprecated and will be removed in the future: use mysqli or PDO instead in /home/stokegig/private/dbconnect.php on line 1
 Caravan @ Eleven, Sandyford

A guide to live music and gigs in the North Staffs area.


Deprecated: mysql_connect(): The mysql extension is deprecated and will be removed in the future: use mysqli or PDO instead in /home/stokegig/private/dbconnect.php on line 1

Caravan are considered by many to be the undisputed, unsung heroes of the British Prog movement. Often quoted as being one of the most formidable acts to emerge from the '60s progressive rock scene, over the years they have managed to achieve cult status and have maintained a passionate and diehard following.

Now touring to celebrate their 50th anniversary and performing songs from across their extensive catalogue, this is a unique opporunity to see such a legendary band up close.

+ Long Strung Creatures, a rock band rooted very much in the classic rock and blues music of the seventies. Having met at school in the late sixties, they came together as a band only a few years ago. They write all their own music, befitting the genre of music that they have enjoyed for many years. In case you are wondering, the band name is taken from a Wilfred Owen poem, The Show.

If you are having difficulty adding your gig please send the details to addgigs@stokegigs.co.uk 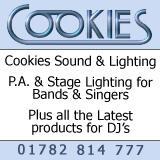 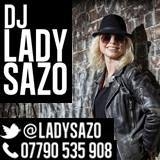 All gigs are listed in good faith and all information is correct to the best of our knowledge. Please check with the venue or artist before travelling. We can accept no responsibility for incorrect listings or amended or cancelled gigs.